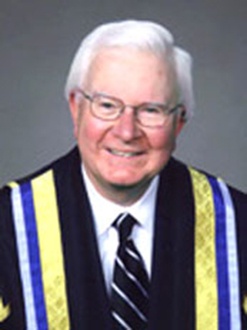 Since its inception the Institute’s mission has remained constant: to undertake and encourage, at the highest level, research and study in the thought, writings, culture, and institutions of medieval society and to disseminate the results of that research through teaching and scholarly publishing.

Such an anniversary is a cause to celebrate that, in its ninth decade of service to high scholarship, the Institute continues to evolve and flourish as it seeks new ways of giving expression to its central academic mission. It is an occasion to recall that many of the distinctive institutions and ideals of the modern West, such as parliaments, universities, the value of individual rights, due process of law, and civic virtue trace their lineage to the medieval period. Today’s Pontifical Institute of Mediaeval Studies is dedicated to the transmission of the inheritance of the Middle Ages in order to deepen our understanding of the life and ideals of Western culture in the time of its early development.

New directions are also possible and present an opportunity to demonstrate the direct connection and relevance of the medieval period to the contemporary global reality.

We are happy to report the Institute has received a grant from the J.P. Bickell Foundation of Toronto, which will act as seed money over the next several years for a programme initiative involving the three great Abrahamic faith traditions in the Middle Ages. It will concentrate on the inter-relationships of Judaism, Christianity, and Islam during this period and major points of contact. It will also explore the three faith traditions’ influence on one another, both positive and negative, and the similarities and differences in approach each had to the large questions of belief, from creation to ethical living to life after death and personal salvation. These are important considerations in themselves, and it is not hard to see that a common purpose and creative scholarly dialogue involving a shared appreciation of differences and distinctions regarding these issues can lead to greater understanding and a perspective only history can provide.

The full text of The President's Report, 2012–2014, including detailed activity reports and reports from other departments in the Institute, is also available.