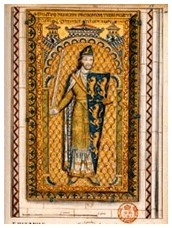 The Works of a Twelfth-Century Master

William of Conches was renowned not only as a grammarian (grammaticus), but also as a physicus, a term which, in his time, applies both to the physicist and to the physician. He was interested in natural sciences: astronomy, geology, optics, anatomy, physiology, etc. All of his works have an encyclopaedic character. Two of them — the Philosophia and the Dragmaticon — may be considered as books of popularization. The latter, a dialogue between a philosopher and the duke of Normandy, brings to mind those vernacular books of the Middle Ages written ‘for the laity.’ Although the Dragmaticon was written in Latin, its style is familiar, spontaneous, witty, quite the opposite of pedantic scholasticism.

Besides these systematic treatises, William also wrote commentaries: on Plato’s Timaeus, on Boethius’s Consolation of Philosophy, on Macrobius’s Commentary on the Dream of Scipio, on Priscian’s Institutiones grammaticae. These commentaries, which William prefers to call Glosae, have been long neglected. Consequently, most of them have remained unedited. However, modern scholarship is now paying more attention to them, and rightly so. For these commentaries, often written in haste, reflect the everyday life of a school more faithfully than elaborated treatises. Thanks to these Glosae, the modern reader is ushered into a medieval school and introduced to the methods and the spirit with which teaching was offered there by masters like William of Conches, a method and a spirit which John of Salisbury praised so highly. There is another reason to pay more attention to the works of William of Conches, for they exerted an influence which reaches far beyond the confines of the twelfth century. This is the case not only of the systematic treatises (Philosophia, Dragmaticon), but also of the commentaries, particularly the commentary on Timaeus, for which William was deservedly listed by Marsilio Ficino among the “noble platonists” who commented on that famous dialogue.

Since these commentaries (or Glosae) have remained unpublished, the first task has been to provide modern scholars with critical editions. Therefore the late Abbot Dom Eligius Dekkers, OSB, founder of the series Corpus Christianorum, decided to include an edition of the complete works of William of Conches in this series. To coordinate this edition, he chose Édouard Jeauneau, fellow of the Pontifical Institute of Mediaeval Studies in Toronto.

The School of Chartres and the Pontifical Institute of Mediaeval Studies

In the prologue to his Heptateucon, Thierry of Chartres describes in six hexameters the travels of Grammatica from Egypt to Greece, and from Greece to Rome. One would expect Thierry to continue describing the voyage and, perhaps, to make Grammatica stop at the great schools of his own time. But, no doubt to the disappointment of many, his wonderful exposition of the translatio studii stops neither at Chartres, nor at Paris. And yet the tradition he describes unquestionably stopped at Toronto, and at the Pontifical Institute of Mediaeval Studies.

For, if we still have access today to this ‘Bible of the Seven Liberal Arts’ it is because we are indebted to the Institute. On 26 May 1944, a bombardment by the Allies destroyed the major part of the Bibliothèque municipale of Chartres and, among other things, MSS 497 and 498 containing the Heptateucon of Thierry. This remarkable witness of the twelfth-century renaissance would have been certainly lost, had not the Institute made a microfilm of it prior to the War. Hence, if the text of the Heptateucon is still available today, in Chartres and elsewhere, it is due to the Pontifical Institute of Mediaeval Studies. Etienne Gilson, the founder of the Institute, himself mentioned the fact, with justifiable pride, in an interview given to a French newspaper in 1953.

During the second half of the twentieth century the Institute has helped make available the works of the Chartrian Masters and advance a better understanding of their teaching. Three fellows of this Institute, Nikolaus M. Häring, Brian Stock, and Édouard Jeauneau, devoted some of their seminars to the School of Chartres. This renewed interest in the School of Chartres gave birth to some significant studies. Three of them were published by Father Nikolaus Häring as part of the Institute’s Studies and Texts series: The Life and Works of Clarembald of Arras, a Twelfth-Century Master of the School of Chartres, ST 10 (1965); The Commentaries on Boethius by Gilbert of Poitiers, ST 13 (1966); Commentaries on Boethius by Thierry of Chartres and His School, ST 20 (1971). Several years later, Karin M. Fredborg edited The Latin Rhetorical Commentaries of Thierry of Chartres for the same series, ST 84 (1988).

Brian Stock’s thesis (published as Myth and Science: A Study of Bernard Silvester [Princeton, 1972]) and teaching played an important role in the orientation of the research of his students. One of them, Haijo Jan Westra, published the interesting twelfth-century Commentary on Martianus Capella’s De nuptiis Philologiae et Mercurii attributed to Bernardus Silvestris as Studies and Texts 80 in 1986.

Édouard Jeauneau offered some seminars on Plato’s Timaeus, Boethius’s Consolation of Philosophy and Macrobius’s Commentary on the Dream of Scipio, with references to William of Conches. One of his students, Paul Edward Dutton, chose as a subject of research for the Doctorate in Mediaeval Studies at the Institute an important twelfth-century commentary on Plato’s Timaeus, which he edited for the first time: The Glosae super Platonem of Bernard of Chartres [Studies and Texts 107], Toronto, 1991.

The role of Édouard Jeauneau, as director of the project, has been to find editors for each of the various works of William and to ensure that a certain harmony of style is observed. A summary of his efforts may be found in the recent edition of the Glosae super Platonem (Turnhout, 2006), pp. x–xv.

Philosophia. The edition of the Philosophia in its two redactions (Versio prior, Versio altera) is in preparation by Paul Edward Dutton (Simon Fraser University). Professor Dutton has considerably enriched the list of manuscripts containing the Philosophia: see his Étienne Gilson Lecture, The Mystery of the Missing Heresy Trial of William of Conches (Toronto, 2006).