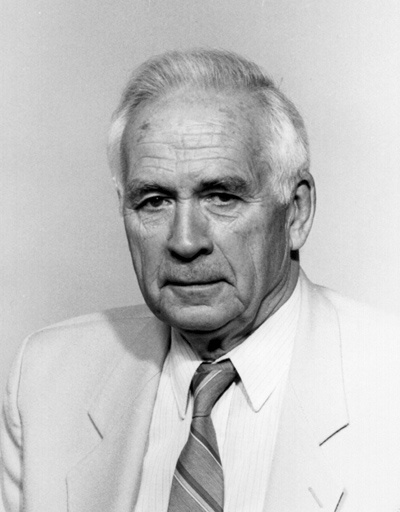 James Patrick Reilly, Jr., senior fellow emeritus of the Pontifical Institute of Mediaeval Studies, passed from this life on 17 June 2012, surrounded by his family on Father’s Day. Born in Glasgow, Scotland, on 3 January 1921, the son of James and Mary T. (née Burns) Reilly, Sr., he arrived in the United States several years later, his father taking a job in Hollywood. Having assumed US citizenship, Jim Reilly interrupted his college career and enlisted in the Marines shortly after the Pearl Harbor attack. He saw action at Guadalcanal, was sent back Stateside for officer training, and returned in time for the battle of Okinawa. Following the surrender of Japan, he was posted to China and was mustered out in 1946 with the rank of captain, having in the meantime met and wooed the woman who would share the next sixty-five years of his life, Helen Elizabeth Gorham. Known to all as “Terry,” a name she acquired in the Marine Corps, she would in time bear him three sons and three daughters: Margaret, John, Patricia, Mary, James, and Robert.

In 1947 Jim completed his bachelor’s degree with a major in history at Loyola University, Los Angeles, and then began graduate studies at the University of Toronto, where he was awarded the Master’s degree in Philosophy in 1949, the Licence in Mediaeval Studies from the Pontifical Institute of Mediaeval Studies in 1950, and the next year the Ph.D. in Philosophy from the University of Toronto, with a dissertation that included an edition of bk. 3 of the Sapientiale written by the thirteenth-century Franciscan author Thomas of York. His first academic position was as instructor in philosophy at Immaculate Heart College (Los Angeles) from 1951 to 1956, followed by an assistant, then associate professorship at the University of Detroit (1956–62). Following a year as a Fulbright Senior Research Scholar at Louvain (1962–63), where he continued his work on Thomas of York, he accepted a position as professor at the Franciscan Institute, St. Bonaventure University, where he edited Franciscan Studies and Franciscan Institute Publications and served as general editor of the Opera Philosophica et Theologica of William of Ockham (1963–66).

Jim next moved his family to New Haven, Connecticut, in 1966, having been offered a position with the American section of the Leonine Commission, housed in the Sterling Library at Yale, which was assigned the task of editing Aquinas’s commentary on Aristotle’s Metaphysics. This became a task that was to occupy him for the rest of his life. At Yale he also served as lecturer in Latin palaeography in the Religious Studies Department, since no course in that discipline was being offered in the Program for Medieval Studies, and served from 1968 to 1976 as director of the American section of the Leonine project, succeeding the first director, Father James Weisheipl, O.P.

In 1976 he accepted a position as Visiting Fellow in philosophy at the Pontifical Institute of Mediaeval Studies in Toronto. In the following year he was awarded a Senior Fellowship at the Institute, a position he held until his retirement in 1989, and from 1978 to 1981 he served as Secretary of the Institute. Even after retirement, in the years 1998 to 2000, he took on the duties of Alumni Representative to the Council of the Institute.

As his colleagues and students at the Institute have gratefully acknowledged, the appointment of Prof. Reilly enabled the Institute to maintain its strengths in key areas despite the retirement or passing of founding members and others who had taught at the Institute when Jim was a student. His course on the Classical Background of Mediaeval Philosophy provided the next generation of students with valuable instruction on the Latin tradition, his courses on Mediaeval Aristotelian Ethics and Politics and on Principles of Thomistic Ethics were important resources for the study of practical philosophy at the Institute and University of Toronto, and his contributions to the core curriculum introduced students in other disciplines to the philosophical thought of the Middle Ages. He was also called upon to assume the course in Latin Palaeography, when its long-time instructor, Father Leonard Boyle, O.P., was named Prefect of the Vatican Library.

His scholarship was focused on the editing of philosophical and theological texts, a humble but essential part of the recovery of our intellectual heritage. He was a discerning palaeographer and, when it came to making the crucial decisions on what word or phrase to read, a careful and judicious textual critic. He became an expert on the pecia system, employed by university scriptoria, which in turn unlocked many of the mysteries of the Thomistic corpus. He also had the sense and the patience of the textual scholar not to look for instant gratification in his work, and while important projects including editions of Aquinas’s commentary on the Dionysian De divinis nominibus and Grosseteste’s Latin translation of the Greek commentaries on Aristotle’s Ethics never saw publication, other scholars will make use of his work and carry the projects forward. Ars longa, vita brevis, as he was fond of saying.

His major project, the edition of Aquinas’s commentary on the Metaphysics, currently lies with the Leonine Commission’s directorate in Paris, and when the work appears in due season, he will be credited as one of the collaborators. These contributions, detailed by the Commission’s director, include complete collation of the manuscripts as part of the American section project, identification of the lemmata, study of part of the university tradition of the text, and preparation of an introduction on its characteristics. He also worked, to the very end of his life, on an English translation of Aquinas’s commentary on book alpha elatton of the Metaphysics.

The above curriculum of his life is, however, but an exoskeleton of the Jim Reilly that his colleagues and students and friends and certainly his family knew. A memorial session sponsored by the Society for Medieval and Renaissance Philosophy at the American Philosophical Association Convention in Atlanta in December of 2012 bore testimony to the person behind the accomplishments, as former students and fellow scholars were invited to share their remembrances of the man. The room was full, and one could not be unmoved by the testimonies that poured forth.

Key to understanding Jim Reilly was his combat experience in the Pacific, an experience that stayed with him. As a member of what Tom Brokaw has termed “the Greatest Generation,” a generation that distinguished itself among other pursuits in the study of the intellectual history of the Middle Ages, he had a kind of bemused scorn for pomposity in the academic life; pompous was a predicate no one would choose to characterize Jim Reilly. He also had a gift for friendship and maintained contact with many former teachers, classmates, and colleagues, including J. Reginald O’Donnell, C.S.B., and Edward Synan, the latter with whom he shared the experience of the War. He also maintained a lasting friendship with Louis Bataillon, O.P., the Leonine scholar who recently passed into eternity.

As a teacher, both in the classroom and in his family, he was unsurpassed. At the University of Detroit he was a pioneer in what came to be known as “distance learning” in the sense that he offered to have his courses videoed, a practice that was halted only when it became clear that enrollments in more traditional classrooms and therefore teaching positions were being threatened. One of his teaching assistants at the time, Thomas Losoncy, currently professor emeritus at Villanova University, was fond of referring to him as the American Camus. When entertaining questions at the beginning of each class, he would pause for dramatic effect, perching on the desk and lighting a cigarette, and only then begin his response. And his daughter Margaret tells the story of his visiting her philosophy class at Immaculate Heart College, where she was scheduled to give a paper on Kierkegaard. When she finished, she asked him to clarify a point and was greatly relieved when he took the rest of the class to flesh out an explanation.

At the Pontifical Institute he was very often the last refuge for students requiring a new advisor. Timothy Noone, now Ordinary Professor of Philosophy at The Catholic University of America, is fond of telling the story of his first encounter with Prof. Reilly, to whom he was assigned, having lost to an early death his two previous directors, both Dominicans. Upon their first meeting, Noone was told by his new Doktorvater that he was a U.S. Marine and had every intention of surviving the directorial assignment. Others at the memorial session in Atlanta recounted similar stories.

Jim Reilly prided himself on his teaching, and when I asked him once why he retired when he did, his answer was quick in coming: I found that I was repeating myself, he said, giving the same tired lectures, and that was not fair to the students. Emeritus, he was fond of saying (in an etymology worthy of Isidore of Seville), is constructed from two Latin words: ex and meritus—out and deserves to be!

Central to his life was his storied love for his wife Terry. He fondly recalled on more than one occasion the day he first saw her, at some officer’s club, and his life was changed. Two of his children tell of his love of a good debate, always conducted around the dining room table and extending at times late into the night; yet, invariably, they would awake to find him having his coffee with the morning paper, discussing the news of the day with Terry. As several of his children insisted, essential to Jim Reilly’s life was his role as paterfamilias. A man of deep faith, he took his vocation as father seriously, loved each of his children, knew their strengths and weaknesses, and worried about them and prayed for them. “I have always kept in mind my father’s words,” wrote his son James, “that we should do all we can, do it to the best of our abilities, and be cognizant of the dignity and respect of those we seek to serve.” His constant advice to his children, something I heard from Jim himself as well as from two of his children, was to act always in accord with reason. One hears in this counsel echoes of his beloved Saint Thomas’s natural law ethics, a subject that Jim knew intimately. His love also extended to his six grandchildren, whom he delighted in regaling with tales and stories, and toward the end his great-grandson. We his friends felt we were acquainted with them all, though we had spent little if any time in their presence.

For those of us who knew him well he was the wisest and wittiest and most faithful of friends, and his passing leaves a profound void. Requiescat in pace.