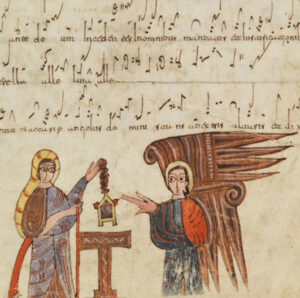 “An orthodox person is one who believes rightfully and who lives as he believes … He who lives otherwise than as he believes cannot be called by this name.”  In this definition, Bishop Isidore of Seville (b.600-636) offered a seventh-century articulation of a longstanding Christian tenet – Christianity was a religion not only believed, but also practiced. Beginning with the establishment of the Iberian Visigothic kingdom in the early 500s through its dissolution in the early 700s, Christians of this realm sought to actualize orthodox beliefs and orthodox polities through liturgical rituals and everyday habits and customs. In debating matters of religious practice, elites in the post-Roman west posed and answered new questions about organizing a Christian kingdom in a rapidly changing Christian world.

In this paper, I will present my current research into Visigothic debates over orthodox practice. I will outline the scope and contributions of the project before focusing on the role of religious practice in forced conversions of Iberian Jews in the 610s. After these forced baptisms, kings and bishops dedicated themselves to transforming baptized Jews into practicing Christians. This paper will explore theological texts, royal law, and church canons that conceptualized conversion as a transformation in worship and habit, linking interior change to external habits. It will also trace lingering apprehensions of the potential disconnect between baptized Jews who practiced Christian rites, but remained Jewish at heart.

This seminar will be taking place in person. All COVID-19-related University protocols will be in place and adhered to. If you would like to view the Zoom livestream instead of attending in person, please contact Institute Secretary Cynthia Watson.